A Stranger Among Them

Hanna Pylväinen is an author of a new debyte novel We sinners, a book that will be published in August 2012. The family portrait drawn from the author’s own life experience tells the story of a family of eleven in the American Midwest, bound together and torn apart by their Laestadian faith and its doctrines.

Pylväinen published in April an extract of the novel in The New York Times  where she writes about an eye-opening experience at her family’s church. Hanna Pylväinen is  a former Laestadian, obviously member of LCC. She doesn’t decribe herself by that word, it’s clear from the details within the text.

She made a deal with her parents when she left 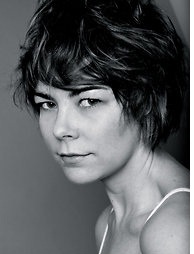 the Laestadian congregation that she will return at Christmas and Easter to spend a time in the sermon. One Sunday she encounters a stranger, a black man, who makes her question her outsider status.

”Upon leaving the Finnish fundamentalist faith of my youth, I made my parents a promise that I would still attend church on Christmas and Easter. It was my fifth such Easter, but I was still anxious, aware that everyone would be looking to see what unbelieving had done to me. I removed my nail polish and earrings, arriving late to avoid conversation, only to discover that the church was full — there was not even space by the bad kids in the back. I was forced instead to parade to the front, feeling underdressed and like the prodigal child, and take a seat next to my little cousins.

It was early in the sermon, and already I was not listening when I felt a presence behind me. I turned to see a large black man, wearing jeans and a black T-shirt emblazoned with a silver lion, his hair in Jheri curls down to his shoulders, his face pockmarked, his smile unsettlingly wide. In the 18 years I attended the church, I never saw a black man; the church was white by heritage and white by location — it was west of Detroit — though they sponsored missions in Togo and Ecuador. The only mention of black people was as outsiders, men who were said to have tempted church girls into faithlessness — into teenage pregnancies and dancing at strip clubs.

I hurried to make room, hoisting my toddler niece onto my lap, wanting to communicate to the man that despite the predominance of blonds around us, his race was not an issue –– and then it occurred to me that he would think I was one of them. He would look about him at the families of 8 or 10 children, the women without makeup, the minister crying as he asked forgiveness from the pulpit, and he would have no way of knowing I was not one of them. And then I realized that the entire church most likely thought I had invited him to Easter, that this was my boyfriend, and I was in a kind of torment, wanting to communicate to those around me that I had not invited this man — that I was not that kind of unbeliever — while communicating to him that I was no longer a part of this stringent faith.

Sitting next to him, watching his leg shake with what I assumed was boredom, I wondered how he had wandered into this church, of all churches. I kept expecting him to get up and leave, but he did not, and several times he made noises of agreement with the minister.

An hour later, after the closing hymn, I turned to him and wished him a happy Easter, and he returned the formality, and then I said that I was sorry he had got stuck sitting next to the black sheep of the family.

– Are you the black sheep, then? he asked.

I told him I left the church a number of years ago.

When he made no reply, I asked him where he was from, how he found the church.

Of all the pasts I imagined for him during the sermon, I had not imagined this: he had been coming to the church for two months. Everyone was welcoming, he said. He liked the sermons; he liked the singing.

My prejudices overwhelmed me. My cheeks and ears flushed. I made my excuses and ended the conversation, only to spot my cousin’s husband inviting him to Easter dinner.

In my cousin’s colonial, I watched him sip coffee with my aunt, who wore a pastel dress and matching hat. When we went outside to hide Easter eggs, he tagged along and hid them in places no one else could reach. He teased me; perhaps, flirted with me. Over dinner he shared some background –– his father was from Arizona; he had several half-brothers or sisters. He said he had been working in construction. 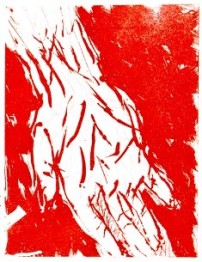 After dessert was eaten and hymns were sung, I rose to say goodbye. I shook everyone’s hand and awkwardly, as always, they did not say “God’s peace” to me. He took my hand and shook it. He asked me if he would see me again at church. I said probably not. He said that he was sorry to hear that.

And he told me –– as no one at church had ever told me –– that I was welcome anytime. He did not let go of my hand.

– Thank you, I said, meaning it, feeling as I left, driving alone to my apartment, the radio silent, the heat on, that it was Sunday, that it must be Easter. ”

Hanna Pylväinen grew up in the metro Detroit area with her four sisters and three brothers. She graduated from Mount Holyoke College and received her MFA from the University of Michigan, where she was also a postgraduate Zell Fellow. These fellowships are intended to support the work of promising writers who are completing graduate study in the University of Michigan MFA Program. She is the recipient of a MacDowell Colony residency and a fellowship at the Fine Arts Work Center in Provincetown, Massachussetts.

Hanna Pylväinen is the author of a novel, “We Sinners,” to be published from Henry Holt & Co., August 21, 2012. The book is based on Pylväinens undergraduate honors paper, titled Unbelieving: a memoir (a thesis at Mount Holyoke College,Department  of English, 2007).

Edited and presentation of the author: Xsa

Finally Free: Leaving LLC made me who I am

Rhyming Blue: Living as my true self – leaving the Conservative Laestadian one true faith’s community

Ed Suominen : An Examination of the Pearl

We are happy! The Hannukselas and 105 grandchildren

2 responses to “A Stranger Among Them”