The women rights have got a important step forward, when the  Finland’s First Conservative Laestadian Female Priest, Mrs. Mari Leppänen, was  secretly ordained as priest in 2012, in order to start her work in Lieto parish, near to Turku. Listen here the detalis of the issues in English (information on womens’ rights and bans in the Conservative Laestadian movement in general, too).

Also Mrs. Rebekka Naatus, a journalist, divorced Laestadian woman is making waves by speaking out against the treatment of women with the movement to which she belongs.

Rebekka Naatus, the PR and information officer of Evangelical Lutheran parishes in Oulu, has published an article about these questions in an  anthology Iloisen talon kellareissa (”In the Cellars of a Merry House”, not translated in English).  She has been interviewed in media on the womens’ situation in the biggest revival movement in the country, Conservative Laestadianism. Are their bodies really their own, or has the religious community colonised them to reproduction where no anyone is allowed to refuse? 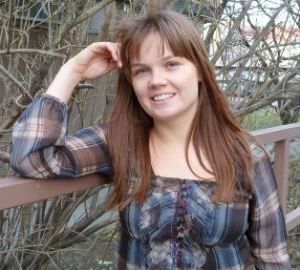 The focus is in the problems following from the very tight and strict community of the religious or rather ”ethnic” group. The community has a strong power in the individual’s everyday life and in the choice of personal lifestyle.
The Laestadianism is a strongly conservative religious movement within the Lutheran church in Finland, where the group is particularly influential in and around Oulu. Conservative Laestadians is the biggest branch of the Laestadian revival movement. The movement has split into 19 separated branches, of which about 15 are active today.

While being most prominent in Finland, the movement has members in the Scandinavian and Baltic countries as well as in Russia and North America and smaller congregations in Ecuador, and Togo. There are estimated 200 000 Laestadians worldwide. Laestadians are generally known for their conservative values and exclusive social identity.

Mostly members have not joined the movement as adult on their own initiative but they are raised into beliefs of Laestadianism at home and in the congregation in the childhood. A human being becomes what he or she repeats, and laeestadian children admit sermons weekly, they have to go to the Sunday school, Bible classes etc.

In Finland, the leading board of the movement, the Central Committee of Conservative Laestadian Congregations (SRK), is located in Oulu. However, there are nowadays some of the biggest local  Associations of Peace working in southern Finland, due to the big migration and urbanization and due to the Conservative Laestadians’ doctrine that any kind of birth control is a sin.

Members have large families, an average of ten children, and look and behave subtly differently from non-members. Women tend to reject make-up, ear-rings and hair dying but otherwise embrace the latest fashions, members are more inclined to smoke and television is supposedly not allowed – but tv programmes are allowed to watch in the Internet.

Importantly, contraception is said to be  a sin, by the decision that was documented in the meeting of lay preachers and priests in the year 1967. 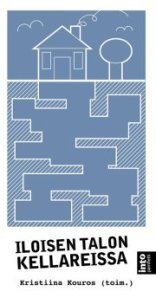 Thus, there is a great pressing to become pregnant as often as it just will happen and have a big family.The spiritual argument said by preachers is that a child is a God’s gift, and a woman has to receive totally all the gifts of the God. This is a distinctive mark of a real christian and an affirmation for salvation and heaven. Girls are taught to become adapted to their spiritual tasks as expected large family’s mothers  in the congregation in their early childhood.

Our bodies are our own

But one woman, herself a Laestadian, has been making waves in the Finnish media by speaking about against the treatment of women by the movement.

According to Rebekka Naatus, changes are afoot within the group. Female Laestadians are increasingly coming to believe that their bodies are their own and they do not wish to spend the best part of their lives simply producing and caring for children.

For three years ago there was a great debate on the ban on the contraception. The The Finnish League for Human Rights arranged a investigation on the issue and published a statement written by the eperts and lawyers,  specialiced in law of human rights. According of the statement (5.3.2009) the Laestadians’ ban on contraception brakes an international and Finnish constitutional law of human rights.

Nevertheless, the Lutheran church of Finland has forgotten this decision later,  without giving any official statement on it. However, the debate has not fallen silent, but it has moved from the societal  and women’s rights’ point of view to the individual level. It seems that this is not only a fruithless view as expected.

There are online discussion forums in which young Laestadian women discuss their misgivings about their treatment by the movement. But thirty year-old Naatus speaks out in public and uses her real name and has even produced an article entitled ‘My Body was Not Mine,’ contributing to a broader pamphlet on women’s rights in minority groups in Finland.

– I wrote on it when I was asked. I thought the issue was important and I have nothing to be ashamed of, she told YLE Radio.

Naatus is a mother of one and is recently divorced from a Lutheran priest. She told YLE that almost as soon as she had her first child there began social pressure to have another one. Laestadians, according to Naatus, if a woman does not follow the accepted pattern of frequent pregnancies.

Naatus claims that Laestadians do use contraception, though its not really discussed.

– You can’t even speak of these things by their real names, she admits. Young Laestadians in Finland secretly use contraception. This is clear, says Naatus. The question about the right to  individually

However, if a particular couple are deemed not to have ‘enough’ children then this will raise concerns in the group’s discussion circles, and the firmness of their ‘faith’ may well be questioned. Some academic researchers have recently pointed out similar results.

Naatus believes that in twenty to thirty years Laestadian women will be get more into their own control of how many children they have. As a precedent she notes that in the 1960s it was ‘sinful’ for a Laestadian woman to perm her hair, but this is now acceptable. This is just one example for that the doctrines of Conservative Laestadians’ congragation are not unerring  nor immutable, as it is taught to be.

As more the younger generation knows about the history of the Laestadianism and about the human rights, as less they will adapt to the norms and commands given by the lay preachers in the future.

Author: R. K. , partly based on the Editor’s article in 65 Degrees North.

Laestadian Banning of Contraception Leads a Man to Plight

Edward A. Suominen: Maternal Martyrdom. In: An Examination of the Pearl.  examinationofthepearl.org