Stop the Victims of Laestadian Ban of Birth Control – NOW

– There have been these kinds of occasions were the enemy has tempted some with practicing birth control.  It’s not according to God’s word – it’s not according to the teachings of God’s kingdom. – Pastor Eric Jurmu, a Mother’s Day sermon 2012, Phoenix Laestadian Lutheran Church. 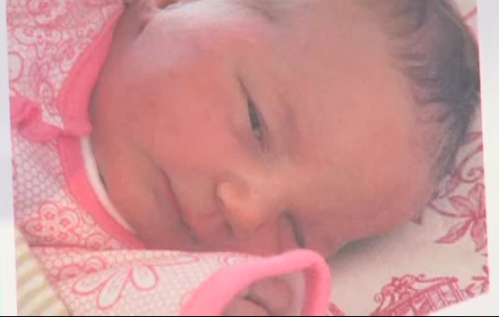 Laestadianism’s rejection of contraception is an important topic, literally a matter of life and death for some women. There is no excuse for an institution to discourage its members from considering all viewpoints on such a grave matter, especially when it claims that those members are accepting life-threatening pregnancies in accordance with their individual consciences.

Laestadian people need to open their eyes and hearts, before any more of women and babies bleed to death on the sacrificial altar of a faith that requires their fertility for its survival. It’s about time.

Speak Up for the Children

A Laestadian woman in Phoenix was arrested Thursday for the suffocation death of her ninth child, a six-day old baby. Let your heart break for all the victims in this tragedy. Let yourself feel righteous anger at the authorities in her life that allowed this to happen, despite all the warning signs. [Tapauksesta uutinen suomeksi tässä.- Toim.huom.]
But please, stay angry. Let your anger motivate action. Talk to your relatives. Write to the preachers. Leave a comment on the news article. Write to the court. Do something. 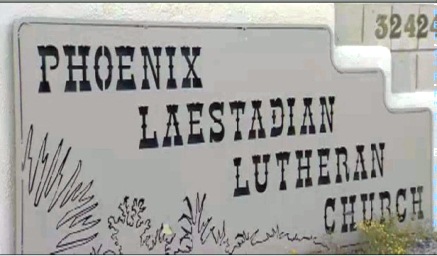 This tragedy was entirely preventable. Those of us with Laestadian backgrounds know why a mother with mental illness continues to have children, and why a father aware of his wife’s mental illness would not use birth control. If you don’t remember, listen to this sermon from Phoenix Laestadian Lutheran. It not only condemns birth control but advocates maternal self-sacrifice, even unto death. It is the very definition of immoral.From the 18-minute mark:

But it could be, as is often the case, that many children come, and then the dear mothers feel, that kind of trial, that kind of difficulty, that time in life where they become very tired. The business of life, of raising those little ones, feeding and clothing, these are part of the life of a believing family. There are questions that come, and doubts come as well, how can I raise these children when there is so little time in the day. These are also questions.

And even the ENEMY may raise doubts in our minds. He may even during those busy times of live, come with this kind of sermon, that you know, there are ways, that you can not have children, that there are ways you can control the number of children you have.

There have been these kinds of occasions were the ENEMY has tempted some with practicing birth control.

Laestadians control nature in all kinds of ways. They control nature every time they get a flu shot or use an umbrella or get a stent installed. Forbidding women the control of their own fertility is irrational, inconsistent, and immoral.

It has to stop.

Source: Free:  Speak Up for the Children. Learning to live free: Life as a Former Laestadian. 27.4.2013. – Read also the comments.

One dear sister once said, as she was struggling with her own life, she had a very difficult . . . in fact, a childbirth that was going to cause her to die. Prior to her pregnancy, the doctors had told them, husband and wife together, that if you have another child, the chances are very great that the mother will die. The husband and wife visited over this matter with the doctor and then amongst themselves personally. And they decided, amongst the two of them, that they would trust in God’s goodness.
— And what is God’s will? As it turned out, this wife became pregnant. And after the birth of that child, it became evident that there was nothing the doctors could do to save this mother’s live.
And in the final visit that the husband and wife had together, the husband asked his wife, ‘Are you bitter to God because of our decision?’ The wife said, ‘Not at all.’ She said, ‘I would much rather go to heaven with a clean conscience.’ How simply this husband and wife trusted in the goodness and the protection and the care of the Heavenly Father. – Preacher Eric Jurmu, a sermon 2012.
– –
We doubt, and God knows our weakness. Dear brothers and sisters, may this text teach us to put a blind trust on God. What does it mean? Let us trust his congregation. Let us trust this congregation more than ourselves. Let us hear what the spirit teaches in the congregation. This congregation is God’s congregation. God takes care of that. God guides it and blesses it. And if I am a member of this congregation–no matter how small and weak, and tried, and fearful, and sinful I am–when this congregation is being raised from this world, I will be raised, too. Although I am a very small and weak member of it, I will be raised too. So, we have a father in heaven, but we have a mother upon this earth. We are the most fortunate people on this earth, that we can believe.
– Preacher Jouko Haapsaari, a sermon 2012.

God created Nina with her mental illness. He gave her all the children she could bear. And if she couldn’t handle more kids, God would’ve closed her womb.

Jurmu asked CBS 5 News to email him a list of questions – which we did.
In an email, he replied, ”I was busy this evening with other prior commitments so I wasn’t able to respond to your questions. I think there are two distinct topics of discussion, one are the birth control questions, the other is the question of mothers’ health. I will consider these questions and get back to you with my response in the next few days. In the meantime, I think it’s most important to pray for the family as they struggle and mourn the loss of their child.”

CBS 5 will share in media the answers of Mr. Jurmu in the nearest future.

He said in the video interview about the ban of birth control: ”Nobody ever said, ’You know what Nina, you should stop having kids, because you can’t handle it. And, that’s OK. You’re still heaven acceptable.'”

Instead, according to this sermon by lay pastor Eric Jurmu from Mother’s Day 2012 – around the 17-minute mark – trying to control the number of children you have is a sin.

The former Laestadian said it’s these kinds of words that shame and scare members into following the doctrine without question:

Somebody who uses birth control is basically giving up their faith, in a sense, and now they’re going to hell.

He said the Laestadian church, with roots dating back to 19th century Finland and small in size in the United States, is one you’re born into.
”It says ’go forth and multiply’ in the Bible,” he notes. ”I think that’s one of the most commonly-cited verses. But that’s a pretty creative interpretation of ’go forth and multiply.'”

I’m from Finland and a member of the same church. I’m sorry my English is not correct but I definitely want to write something. I’m so sad!! I have no words enough to say what I feel. I was crying when I red this news, today! It hurt me! Because I had very challencing life situation when I had 5 children.. Then I decided to take child control.

I don’t believe (like many other lestadian women nowadays in Finland)  that you go to hell if you use childcontrol. I have thaught many times I will resign of this church but the reason I haven’t do it is this: If every woman who has survived will resing, other women don’t hear the better way of life.

I had very terrible fears of hell when I took a child control. It was awful. I can’t describe it in words. Every day I was scared if I will die and I will go to hell. But, I loved so much my husband, and he loved me, and we both loved so much our children, we got power to live free. And God was with us. God gave us a peace with this thing.

Nina Koistinen is a victim, like a little baby. Some people wrote here ”kill her”. I don’t hope you kill Nina. Please don’t do that!

You can’t understand what she had passed. You can’t understand the human suffering and fears what Nina had felt before her mental health deceived. I was very shocked what she did and she need a penalty, but I hope the punishment should be such that she would have the possibility to heal. She has lived trough hell. Like her children!

Men should be shame! I mean men who is talking there in church that a child control is a sin! Are you happy now? Do you think the will of God is realized? Nina did like you ask in the church because she was so afraid of hell! Is the way to heaven now open for Nina?

I think the hope is our young boys and girls. I’m happy to hear there in USA young LLC:s boys and girls don’t believe this child control. They are fighting and demonstrating against this and many other rules which are only for women! Like in Finland! This is my hope! Young people!

I have red The Bible and there is no words you can not use a child control. there is the ten commandments and if the men force women to give a birth for every baby, they are talking against the first commandment! If this would be the most important thing you can go to heaven, Jesus would have spoken about this. You can read in the Bible that you can live in selibacy with your husbamd if you will do it thinking of pray… If your marriage is very hard, you hurt your children and so on… Isn’t it the worth of pray? I mean this is very good reason to take a child comtrol. That you can love your family!!!

”Faith, hope, and love, but most important is love” they say in a bible! Please all tired moms, beleave i grace and good God who see in your heart! If I would see Nina, I will hug her very warmly even if she did this awful crime… The men in LLC have done same for Nina, when they have talked all lies without any understanding and love!

Anonymous: I left the Conservative Laestadian movement (in ten years)

Janet Heimlich: More than she could bear

Matthew Hendley: Nina Koistinen Says She Killed Her 6-Day-Old Baby Because She ”Had Too Many Kids Already”. 26.4.2013.

Suominen, Edwin A. 2012. An Examination of the Pearl. Self-published, examinationofthepearl.org