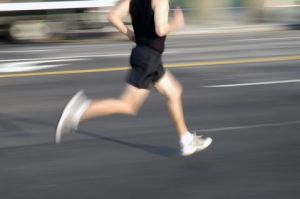 Dr. Edward Dutton, a British anthropologist and journalist, lives in Oulu in northern Finland and is married to a Finnish Lutheran priest. He has met Conservative Laestadians and spoken with them about their faith and rules. He visited Oulun rauhanyhdistys and published his sightings and experiences in the magazine 65 Degrees North.

Conservative Laestadians: Separate or not Separate?

Every expatriate in Oulu has heard of ”the Laestadians”. Many locals seem to describe them as a sinister religious sect whose members have enormous families, are against television, alcohol and woman priests and in which women – who don’t wear make-up or ear-rings – fulfil traditional home-making roles. But what are Oulu’s Laestadians really like?

I went to their regular Wednesday night meeting to find out.

The first thing that hits you at the ”Peace Society House’” on Professorintie near Oulu Polytechnic is how young everybody is and how many people there are. There must have been around three hundred people arriving for the 7pm at meeting of Oulu’s ”Conservative Laestadians” (which is what Finns mean when they say ”Laestadians”). Almost nobody appeared to be over the age of thirty and there were numerous teenagers. There were then a few who appeared to be in their sixties.

According to one Laestadian man I spoke to, ”This is because, as you probably know, we are against contraception because of what the Bible says so we tend to have very large families.”

This is certainly true. According to sociologist Leena Pesalä, the average Laestadian family has ten children with the most she came across in her research being a brood of twenty-one. Laestadians often marry as young as eighteen and, with the large families, presumably most who are married with children were at home looking after them.

Many of the stereo-types about Laestadians appeared to be true. None of the numerous young woman wore make-up or ear-rings and, most obviously, none of them had dyed hair which meant that there were a lot of girls with the supposedly typical western Finnish hair colour which one former member of a Laestadian splinter group Rauhansana referred to as ”the colour of the road”.

One young, female Laestadian I spoke to said that she did not wear make-up ”because I want to be like the other believers. It’s just a personal thing. But there is a way in which we have our own culture and beliefs and we want to be separate . . . but also not separate.”

One of the most striking things about this young woman – and everybody else there – was how well and how fashionably they dressed. Almost all the Laestadians seemed to have the latest fashions, hair-cuts straight from Hollywood movie stars, hair they’d obviously put a lot of time and effort into and the woman often wore lots of necklaces, perhaps because ear-rings are forbidden by the group.

There can’t be that many highly conservative religious meetings in which young, male ”believers” – as they termed themselves – walk in dressed like gangster rappers or the woman look like they’ve been to a beauty salon . . . without the make-up.

Often, conservative Christians tend not to smoke, citing verses in the Bible where it says, ”Your body is a temple of the Lord” but not so with the Laestadians. Many smoked outside before the meeting and went back outside to smoke after it had finished.

One male Laestadian summed this up saying, ”The Bible says that alcohol is not allowed. But it is says nothing about smoking. And maybe you know that we don’t drink alcohol, so maybe that’s why we smoke”. They stubbed out as the meeting started. 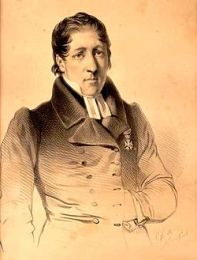 Laestadians are the largest revival group within the Finnish Lutheran Church. They were founded by Swedish priest Lars Laestadius (1800 – 1861). While he was inspecting congregations in Lapland in 1844 he met a Sami woman called Milla Clementsdottir and through his relationship with her he experienced a kind of religious awakening. He began to preach and his views influenced first the Samis in Sweden and then spread to Finland and Norway. His was a highly conservative interpretation of Lutheranism, returning to traditional belief and rejecting liberal strains of thought.

The group draws a strong distinction between themselves and others whom they mostly expect to go to Hell. Laestadius also encouraged people to stop drinking in order to commit themselves to Christ and Conservative Lestadians argue that, ”In many localities, the revival movement caused complete changes in ways of life, drunks repented, the tavern keepers closed their bars . . .”

The movement also spread due to popularity of Temperance Movements and by the end of Laestadius’ life it was as far south as Oulu.

One becomes a member by confessing ones sins to another Laestadian. Members I spoke to referred to themselves as ”Laestadians” or ”believers” in contrast to the other Laestadian groups. The other groups are more liberal. However, the debate over women priests in Oulu has been particularly fierce because of the refusal of a Rauhan Sana priest to work with his female colleague.

The meeting itself was, basically, a half hour sermon by a Conservative Laestadian priest after which almost everybody left to go and have coffee while a few remained to sing Bible verses. It was after the meeting that I got talking to some Laestadians. The group is known to be quite educated but it was hard to find anybody that spoke English. This was because, according to those I spoke to, ”We don’t have television so I suppose we don’t learn English. There can be sex and violence on television.”

Despite their conservatism, the Laestadians seemed to be very friendly and willing to talk to me. Finnish friends had predicted that they would ”stare’” and ignore me as an ”unbeliever”. This did not happen at all.

Heaven for the Finns

Another idea about Laestadians is that they believe that all non-Laestadians go to Hell which would make Heaven a primarily Finnish-speaking domain. 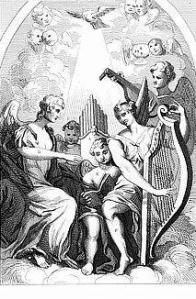 Members I spoke to denied this saying ”only God can know who is a Christian” and ”people are saved if they have confessed their sins to a believer”. But ”believer’” did seem to mean ”Laestadian”.

Also, one young woman felt that Laestadianism was successful because, ”It is the work of God that there are so many Laestadians. The Bible says that in the End Times ’God’s hand will be over the Nordic Lands’.”

One Conservative Laestadian, originally from Jakobstad, said that sone of the stereotypes about them are plain wrong, ”Of course we are allowed to use washing machines!” he said, ”But it is true, I think, that we were told to shop at Prisma rather than the other supermarkets.”

However, many very negative ideas about Laestadians persist amongst Oulu people.

One teacher told me about a mother who forbade her children to play with non-Laestadians ”or you won’t be welcome home for dinner”. In general, Laestadians are seen as ”separate” not having much to do with non-members.

Almost all the Laestadians were slim with one Oulu resident commenting that, ”that’s because they don’t get enough food at home!” Many Oulu people were also convinced that the Laestadians were popular because, ”they stop Finns from drinking and Finns have a problem with alcohol” as one elderly man put it.

There are also numerous blogs by ex-Laestadians accusing the group of brainwashing and psychological abuse, including threats of being shunned by family friends if you disobey Laestadian rules.

But Oulu’s Conservative Laestadians certainly weren’t the unfriendly cult I’d be led to expect they’d be.

Please be free to give your comments here or by e-mail: verkosto@luukku.com.

Halla: I was brainwashed into raging Laestadian beliefs